Sonics Immersive Media Labs (SIML) is an interdisciplinary, cross-departmental, world-class multi-media facility housed G05, St James Hatcham. SIML constitutes a resource bookable by academic staff and PhD students across the College whose research touches on the theory, practice, technique, and epistemologies of sound and image as a medium. Its purpose is available to Goldsmiths research community for production and workshop presentation of practice-as-research to the Goldsmiths and the public at large.

The SIML facility aims to contribute to exchange and collaboration between various departments involved in audiovisual research and immersive media. The SIML group consists academic staff spanning six departments – Sociology, Computing, Media & Communications, Visual Culture, Music and Theatre and Performance. SIML recognises the long tradition of work in these areas Goldsmiths and seeks to build upon, support and extend these foundations across several departments.

As a trans-disciplinary and multi-departmental facility SIML is in a uniquely strong position to afford conceptual as well as technological advances. More specifically the SIML provides a home for thinking and working through the triangulation of three key elements: the creative, the critical and the technological. With individual departments it is often the case that only two elements are in dialogue, the creative and the technological, or the creative and the critical, for instance. SIML takes this a step further. Pursing this approach we are currently establishing a reduced-size analogue of the SIML for the development of student and other work for the new facility.

The SIML resident technology consists of six Christie 720 dpi projectors with special shot throw lenses that can be configured to provide 360 degree (four wall) floor to ceiling images and a 12.2 sound system. This kit can be re-configured for single screen, diptych, triptych projection and sound for 5.1, 7.1, surround sound, multi-channel or ambisonic diffusion etc. SIML is designed for flexibility. Some of the kit is mounted on ceiling truss that can be lowered for the manual adjustment of lights, projectors, screens and active speakers. Room G05 has been sound treated to achieve excellent acoustics. It measures approximately 6m by 18m and has wooden sprung dance floor. In terms of room size the facility is comparable to a scaled down version of the Cinechamber standard developed by Recombinant Media Labs. There is no comparable facility in London.

While there is no charge for the bookings, each booking requires specialist SIML technical support that is chargeable. 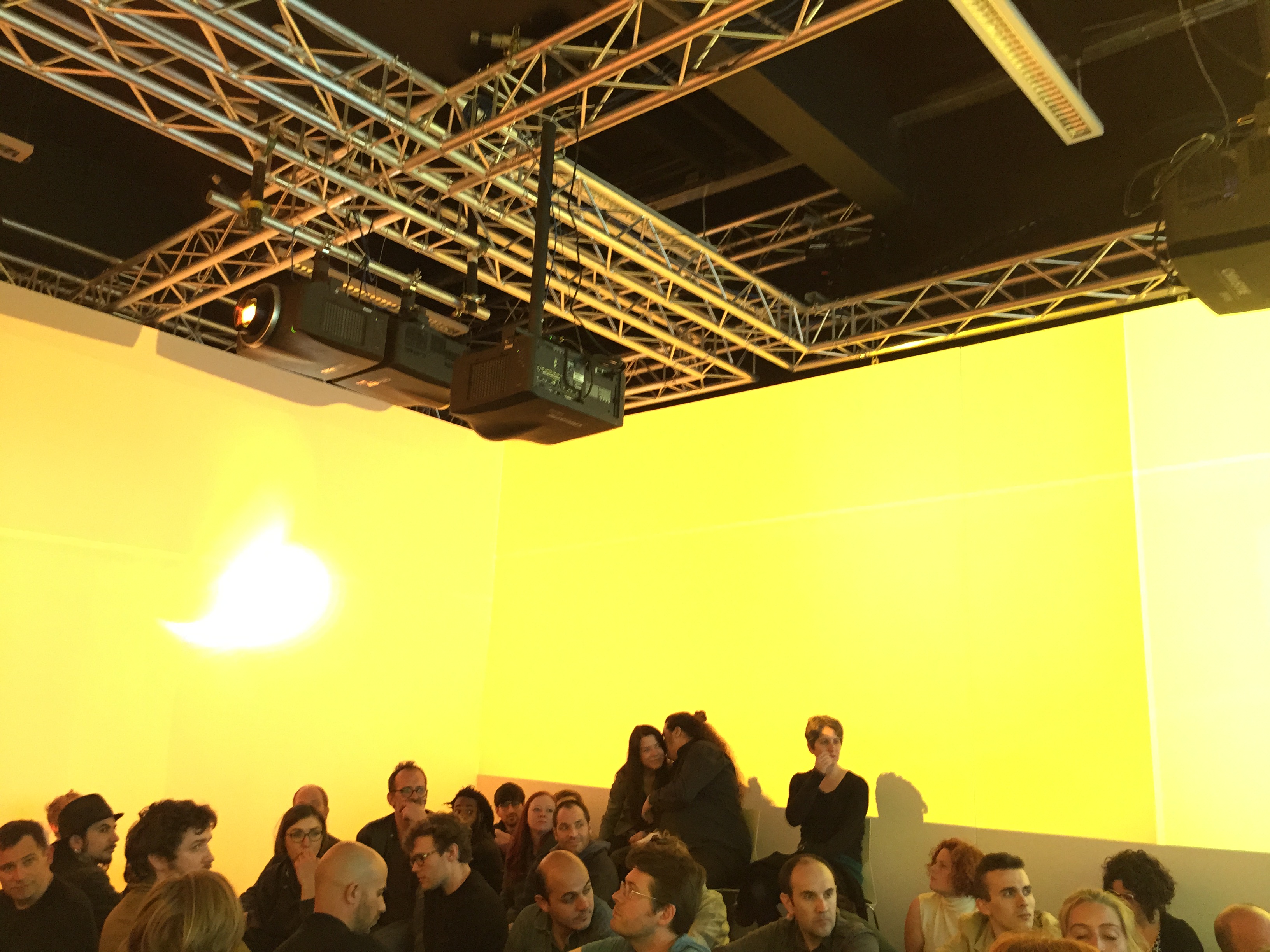